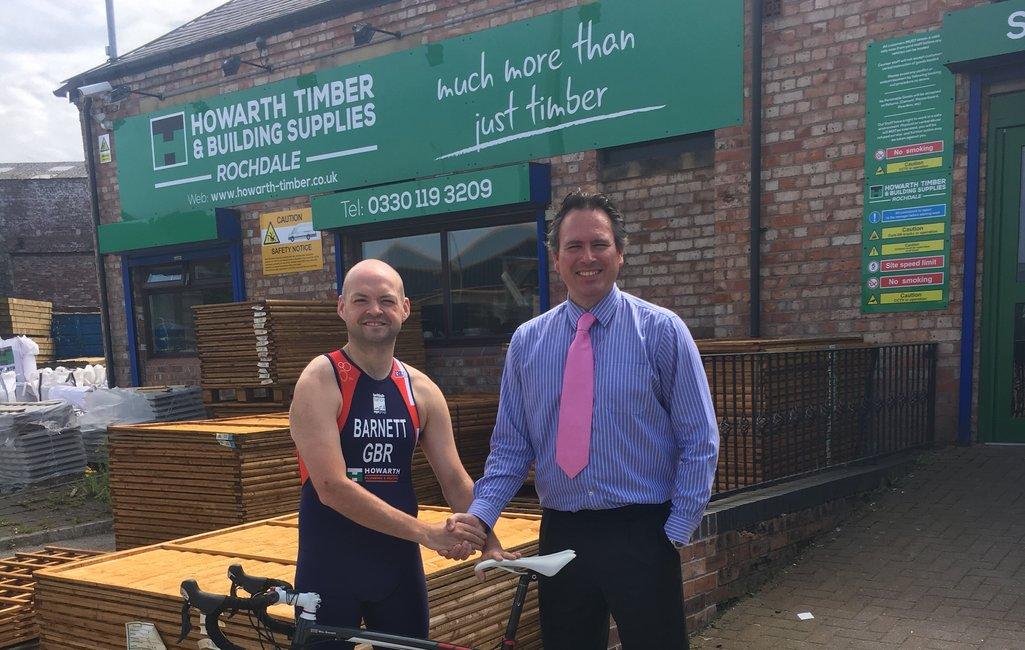 "My name is Wesley Barnett, I am a tri/duathlete from Heywood in Greater Manchester and part of Rochdale Triathlon Club. After taking up the sport four years ago I have been successful in qualifying to represent Great Britain in my age group (35-39 years) at the world duathlon championships (run then bike then run) in Penticton British Columbia, Canada on the 19th August 2017. I have been trying to qualify for Great Britain for a number of years and I was informed in mid April that I had been successful in my goal, this only leaves me with a period of four months between qualifying and the race itself. The race involves athletes from all over the globe competing over the sprint distance of a 5K run, 20K cycle and 2.5K run. There are 20 people from Great Britain that have qualified for this race in my age group and is part of an international festival of multisport races over a ten day period."

Howarth Timber & Building Supplies would like to with Wesley the best of luck with his upcoming competition.