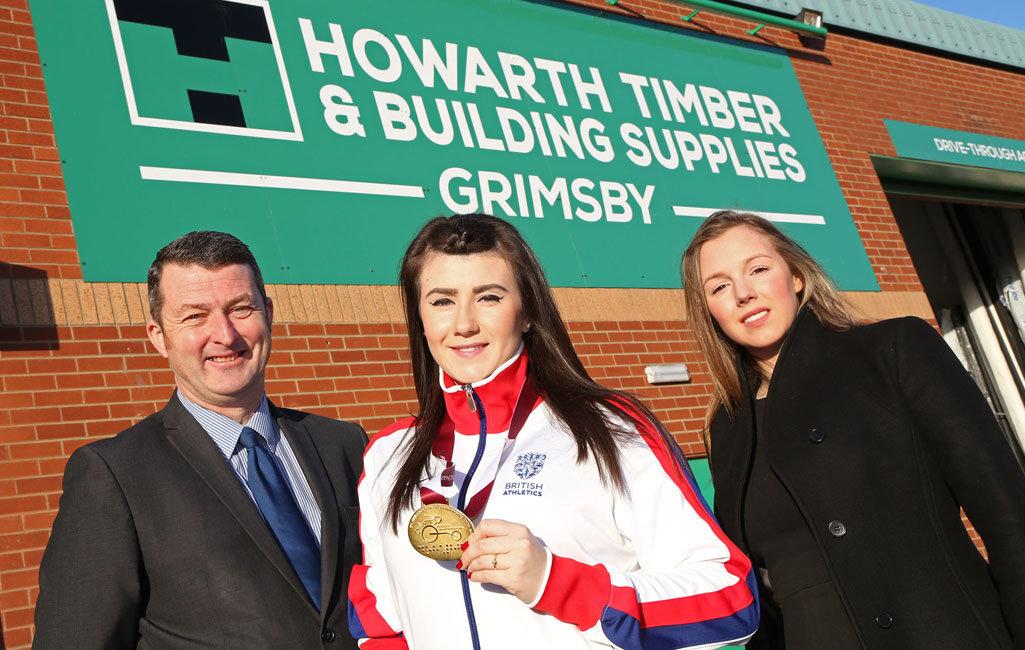 We are delighted to announce our sponsorship of Paralympic javelin thrower Hollie Arnold as she bids to qualify for Rio 2016.

The ambitious Paralympian began her athletic career aged 11 and is now a double World Champion and is ranked first in the world for F46 Javelin in 2015.

We have joined Hollie on her Paralympic journey by donating £3,500. This donation will contribute to Hollie being able to compete in Rio with a new prosthetic arm and state-of-the-art competition javelins.

We were introduced to Hollie by the charity Caudwell Children, which has supported her since the 2012 Paralympics in London. We joined forces with Caudwell Children three years ago and have since helped to raise over £50,000 to assist with equipment, treatment and therapies for disabled children across the UK.

Hollie said: “With less than a year to go until the Paralympics, I am currently undergoing an intensive training regime to get me in peak condition and to correct any technical issues. I am incredibly thankful for the support of Howarth Timber in helping me work towards Rio 2016 and achieve my goal of winning a Paralympic gold medal.”

Jason Sinclair, finance director at Howarth Timber, added: “We are pleased that Caudwell Children were able to put us in contact with a determined young athlete like Hollie and we are delighted to be able to support her. We hope that our donation will allow her to focus fully on her training in the build up to Rio and come home with a medal!”

For more information on Howarth Timber’s partnership with Caudwell Children please watch our video below.