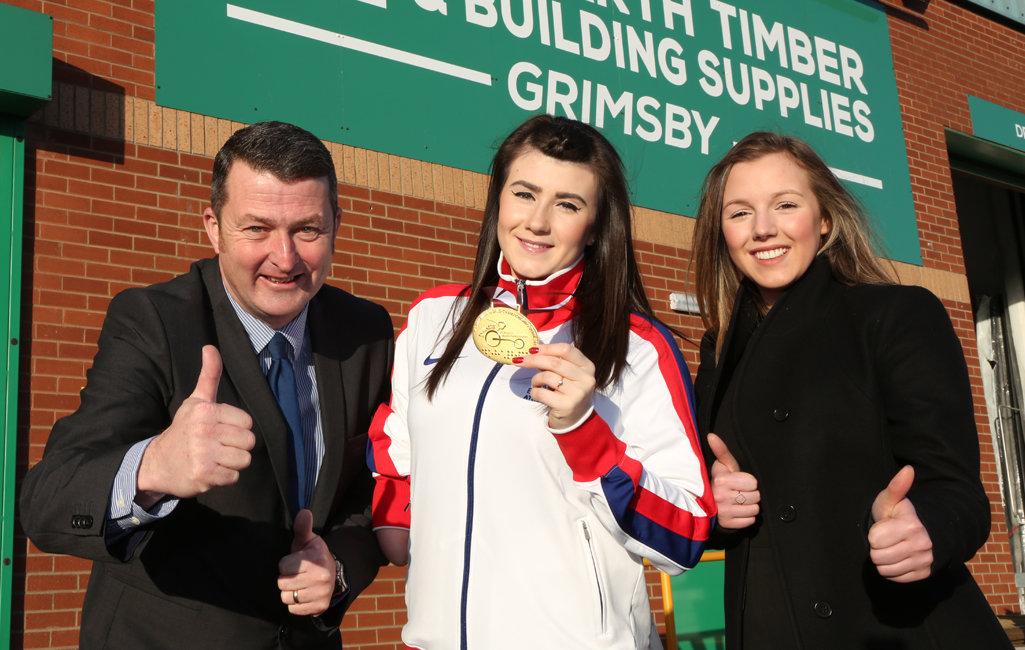 GETTING TO KNOW HOLLIE ARNOLD

Hollie Arnold is a double World Champion Paralympic javelin thrower and one of Howarth Timber’s sponsored athletes in this Olympic year.

After a decade in the sport, Hollie is aiming to make 2016 her biggest year by qualifying for the Paralympic Games in Rio this summer, and we wanted to find out what makes the talented 21-year-old tick.

Here’s what Grimsby-born Hollie had to tell us about life as a rising star of British athletics.

Why did you choose javelin?

Javelin chose me! I was about 10 years old and I went to collect my older brother Ashley from a summer holiday Star Track Athletics course. He was throwing the javelin (really well) and I asked to have a go - the rest is history!

What have been your career highlights?

Representing Great Britain in the Beijing Paralympics at age 14 - the youngest ever track and field athlete ever.

Also, winning bronze at my first ever World Championships in 2011, aged 17, and getting a personal best in London 2012 Paralympics when I was 18.

What keeps you motivated?

Wanting to stay World Champion and become Paralympic Champion is everything that motivates me.

Who was your sporting hero when you were younger?

Jessica Ennis has always been and still is my sporting hero.

What would you be doing if you weren’t an athlete?

If I was not an athlete I think I would have loved to teach disabled children to enjoy sport.

What would your dream day off be?

My dream day off would be no alarm clock, lying on a beach and eating steak and seafood.

What was the last book you read?

The last book I read was Bridget Jones, and I love the film too.

What music do you listen to?

I listen to lots of different music. I enjoy modern music like Beyonce and Jessie J, and when I compete I like to listen to music to get me pumped up, like Katy Perry’s Roar as it has the words “I am the champion and you’re gonna hear me roar”.